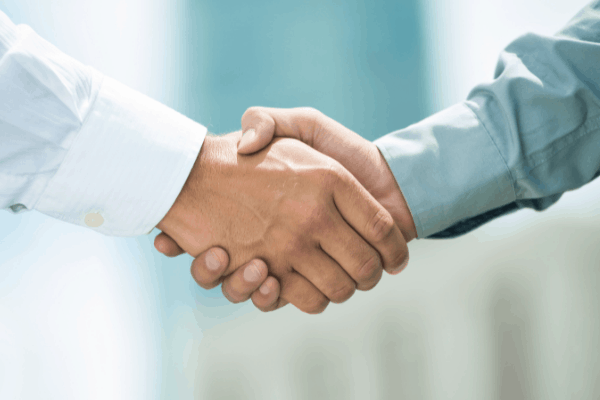 I write and speak a lot about the importance of building relationships to enhance your influence as a leader. Today I am writing specifically about the importance of building relationships across multiple functional areas. It is one thing to expand your network within your own functional area, department, or team. But branching outside of that requires a deliberate strategy and should be part of every leader’s development plan.

Why are cross-functional relationships so important and how do you build them?

Read the three case studies below to understand more about building cross-functional alliances.

My client John was having trouble working with a peer, Kevin, who was in the same functional area. Kevin seemed defensive, condescending, and uncollaborative whenever John tried to engage with him. During coaching, we brainstormed how to resolve this, and John decided to have a conversation with Kevin. It turned out that in Kevin’s mind, John had not yet proven himself since he was so new to the company and Kevin felt threatened. This is not unusual and often resolves itself with time.

However, John learned that Kevin had a strong alliance with Brent in a different functional area. Ironically, John and Brent had just been placed on a project together. So John made a special effort to forge a trusting relationship with Brent. This was an indirect, non-manipulative way to enhance his relationship with Kevin.

The project was a success, largely due to John, and Brent was very vocal about it across both functional areas. Within record time, Kevin’s attitude toward John shifted because of Brent’s endorsement. In this case, by aligning with Brent, John was able to build that relationship and also resolve the conflict with Kevin.

Sarah was a client who had been passed over twice for promotion.

The only feedback she received was that during high stakes calibration meetings no one really knew much about her accomplishments. When she brought this information to coaching, we developed a plan to reverse this perception and build a business case for her promotion.

We put together strong accomplishment statements, a list of ten top leaders in functional areas outside of hers, and a cadence of informational interviews where she could get to know these people. Sarah worked hard in coaching to learn how to articulate her accomplishments, weave them into her conversations, and promote herself and her team. She came to terms with the difference between bragging and self-promoting.

The former is inappropriate, although it happens often, and the latter is expected in the business world. Over time, Sarah built strong relationships across the entire organization, shifted others’ perceptions, and validated the case for her promotion which she received at the next promotion cycle.

Cross-functional relationships will benefit anyone who needs more visibility for career trajectory.

This meant that she would agree to take internal training, shadow her peers in other departments, and take on stretch assignments in those departments. Her manager loved the idea and allowed her to immediately set up informational interviews with the leaders of those areas, which then led to their agreement, and the initiation of Deborah’s training plan.

All three case studies are just a few examples of not only the importance of cross-functional alliances but how to go about developing them.

In John’s situation, he was able to manage the conflict between him and a peer by forging an alliance with a third party. In Sarah’s case, she was able to build a business case for her promotion by networking and strategically building cross-functional relationships. Deborah was able to expand her skills, build her brand, and open some doors for career movement.

If you are a leader who wants to build relationships, have a stronger voice and more influence across the organization, and improve your career trajectory then think about forging cross-functional alliances.

Please complete the form below to request a booking time that is not shown on the calendar.